Posted on March 31, 2012 by Safety Sam in Columns No Comments 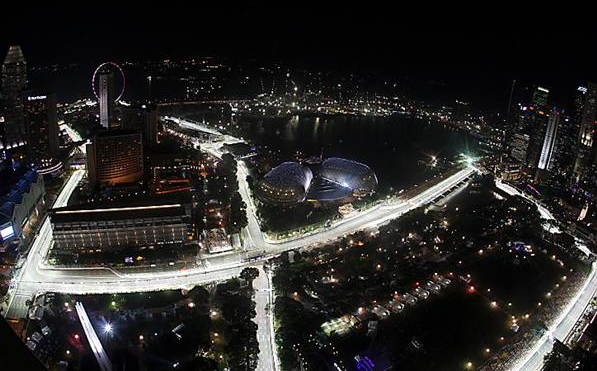 Singaporean driving standards are as exotic as they sound like.

Our newest contributor Kelvin, or ‘Safety Sam’ as he likes to call himself, gives us a fresh perspective on the driving experience in Singapore. What does it mean to be a car lover in one of the most congested areas in the world where driving etiquette are as ‘exotic’ as the weather? Find out here.

Before I start, let me give a little bit of intro about myself. Born in Singapore but I’ve spent most part of my adult life abroad in Australia, mainly Perth and Sydney. So prior to coming back for a job posting back in 2007 my knowledge of Singapore driving scene was next to zero apart from the occasional visit back here during vacations. Then again, who pays much attention to what was happening on the road when you are in a country on vacation? Leave it to the cab driver to worry for you!

The initial decision was not to get a car as my wife and I felt that public transport in Singapore was quite accessible and getting from place to place was not much of a problem. Plus, there were all the unanswered questions of what this certificate of entitlement (COE) is about and the seemingly high car price (notice I use the word “seemingly”, I’ll discuss this in future).
The fact that I live a mere two minutes walk from my work also played a part in making that decision of not buying a car. Then two months later we changed our mind. “Why?”, you may ask. We have a daughter who was one and a half years old and travelling on public transport wasn’t as easy as what we thought with her around (especially when she belongs to what I call a “pocket rocket” category kind of kid).

So then it was homework time, I needed answers before I go out there and buy my first car in Singapore. What is COE? What’s weekend car? What car to buy? etc. After doing my homework I was ready to go! With my bother being my car advisor I spent a few weekends going from one car dealer to another trying out cars and gosh!!! I missed that feeling behind the wheel!
Finally settled on a car we wanted. We bought a Nissan Latio; why? Well, let’s leave it for later too eh?! It was quite exciting to be back behind the wheels again after two whole months of automotive starvation. Then as I was driving the car back from the dealer, I found out why my brother said (half seriously) that in Singapore, indicator lights were optional when you buy a car! Not many drivers here use them. Not for changing lanes, not for indicating that they are turning and the most hilarious thing was indicating one direction and then turning the other. That trip back was unforgettable …

One might ask what the problem is with not indicating your intention? Well, to me it’s a matter of communication and that’s really important on the road. Last time I checked mind reading was definitely not a prerequisite for obtaining a driver’s licence. There’s nothing more frustrating than having a car changing lane or turning off right in front of you without prior notice. 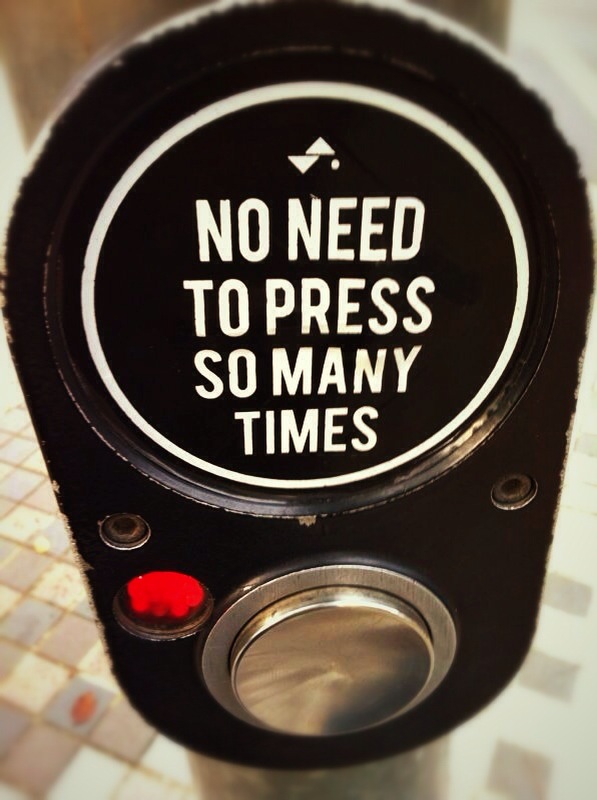 The government of Singapore has a nice sense of humour.

This topic of not using the indicator on the road soon became a favourite lunch time topic of mine for the next few weeks, friends of mine commented that most Singaporean chose not to indicate their intention because there is a common practice out on the road of speeding up and closing the gap if people signal their intention to come into their lane. If this is the case then I think it’s a vicious little circle that has to be broken somehow. Why? Let’s look at it from the two different points of view.

First, the driver speeding to close the gap. The common (I may be wrong) scenario is the person changing lane may be trying to cut into a queue in the net lane and therefore the driver is unwilling to let this happen. Why should someone be allowed to cut into one’s lane especially if there is a traffic jam or a long queue and one has been queuing for a donkey period of time? Then the other scenario would be that why should I let you cut in front of me (selfishness?). Second point of view, the one from the driver-changing lane. Which is not to bother indicating because the driver in the other lane will close the gap. So just do it and spring a surprise!

There must be a compromise somewhere between the two parties. For the driver trying to close the gap, think positive! It’s not going to delay you much more than just one car length from your destination, and the very next time when it’s your turn needing to change lane I am very sure you would appreciate if the person showed you the same courtesy too. The person changing lane, indicate, no everyone on the road are nasty like that. If everyone has the pay it forward mentality, trust me, with Singapore’s beautiful and sophisticated road systems (yes, this is from the bottom of my heart!) driving will be an extremely pleasurable thing.