Posted on February 17, 2013 by Filip Cleeren in Features No Comments 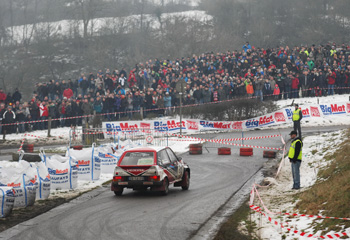 Thousands of rally fans flocked to the snowy Ardennes to watch some of rally’s greatest names and vintage machinery.

Former WRC driver François Duval came out of his early retirement to record a popular victory at the 2013 Legend Boucles de Spa. At the annual regularity rally featuring some of the sport’s most famous machinery from the 60’s, 70’s and 80’s, Duval held off his two fellow countrymen Bernard Munster and last year’s winner Jean-Pierre Vande Wauwer.

Duval powered his way to victory in a Ford Escort after an early retirement of his Belgian WRC successor Thierry Neuville. He beat Munster (Porsche Carrera) with the narrowest of margins. Funstillexists.com ambassador Marc Duez featured in the top five all day, but finished ninth after a navigational mishap. 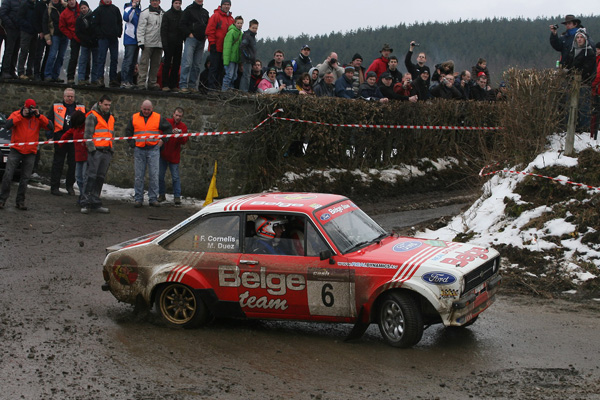 The magnificent Lancia Stratos is one of many historic rally cars in the event.