Posted on February 15, 2012 by Steve Turnbull in Columns No Comments 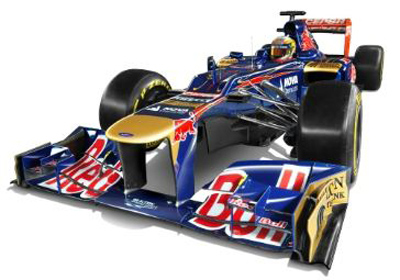 Most 2012 Formula 1 cars carry the ugly stepped nose as a result of regulation changes.

As a devoted F1 fan of many years I take great interest in the traditional unveiling of the new crop of cars. It’s always a delight to discover what fresh innovations those clever designers and engineers have come up with. I am being a little conservative with the truth when I say always a delight; sometimes it is anything but.

During the first test of the year at Jerez, Heikki Kovalainen appeared as a guest on the ‘live’ commentary for a well known website. Among the questions from fans was this one, which delighted me greatly:

“Heikki, this year you drive a Caterham; does that mean you have to build it in your garage in your spare time?”

A hint, of course, towards the fact Caterham is known as a supplier of spectacularly exciting ‘kit cars’ (and if you haven’t driven a Caterham, or Lotus, 7 please make it one of the things you do before you die. It really is, as the legend goes, ‘the most fun you can have with your trousers on……). I, in my own way, took the question as having two meanings for, like all but one of the 2012 cars we have seen so far, the Caterham looks like it has been built by someone in their garage in their spare time.

To be frank, it’s hideous. The FIA can be thanked for insisting that cars must have a lower nose than last year, resulting in the clever, if less than aesthetically pleasing, use of ‘stepped’ noses. The end product looks like the part forward of the front suspension belongs to someone else, and has been crudely grafted on.

Yes, F1 fans, your 2012 cars are – almost to a man – very, very ugly indeed, and this is where we meet a familiar conundrum. The FIA has been known to ban certain aerodynamic appendages on the grounds of ugliness before: think the unsightly ‘X-wings’ pioneered, if memory serves me well, by Tyrrell a number of years ago. Rather oddly, they were acceptable until they were added to the Ferrari. That was deemed a crime, and they were promptly outlawed.

I have to ask what the FIA intends to do right now, for the Ferrari F2012 – must have taken a full-on brainstorming session to come up with that name – is among the ugliest of all the new cars, with its step looking particularly crude when coupled with a flat, wide front to the nose.

Of course, there will be the inevitable excuses that F1 cars are not designed to look good, but to go fast. Granted, that’s all true, but let’s be honest – all the great F1 cars, no matter the era, have looked the part. Lotus 49, 72, 78, Brabham BT49, Williams FW07, most of the Schumacher era Ferrari’s, even the last two years Red Bull’s, the Brawn, and so on, were all good looking cars.

Going by this, we can assume that the fastest and most successful car of the coming season will be the McLaren MP4-27. It doesn’t have a stepped nose, it’s not ugly, and it’s bucking the trend. In F1 going against the grain means one of two outcomes: great success, or colossal failure.

Still, I can’t wait for the moment when 22 ugly, and two not so ugly (I’m assuming the yet to be seen Mercedes, HRT and Virgin have been hit with the ugly stick) F1 cars line up on the grid for the first time in a few weeks. It’s a key point to the year for me, but one that will be tainted this year by the sheer folly that is the stepped nose craze.

I may be talking tongue in cheek when highlighting the fact that nobody is going to win a beauty contest with a 2012 F1 car, but there are some considerations that need to be made. Lotus, for instance, has rolled out its 2012 car complete with new sponsorship from the Unilever Group, in the shape of a couple of ‘male grooming products’. The hope can only be that the appearance of the car is in some way ‘macho’, for there is little point advertising a beauty product on an undeniably ugly one.

It would seem we are stuck with cars that look like a cross between a platypus and an origami bird. Chassis have been homologated, at great cost, and nobody is going to rush home and design a McLaren clone in a hurry, just because it looks better.
Still, there is one saving grace, and it is a surprise none of those who write on the sport have mentioned it. I’ll give you a clue: if you are a classic car fan you’ll know of the famous ‘BAT’ range of Alfa Romeo concept cars, designed by Bertone as styling exercises in the 1950’s.

They came with extravagant, futuristic lines featuring highly sculptured, swept and be-finned rear wings. In its wisdom to bring life back to the series it appears that the designers of the new for 2012 IndyCar have revisited the concept, and the result is a racing car as ugly as any in F1 this season. The Americans always have to have the last laugh.