Posted on April 19, 2012 by Steve Turnbull in Features No Comments 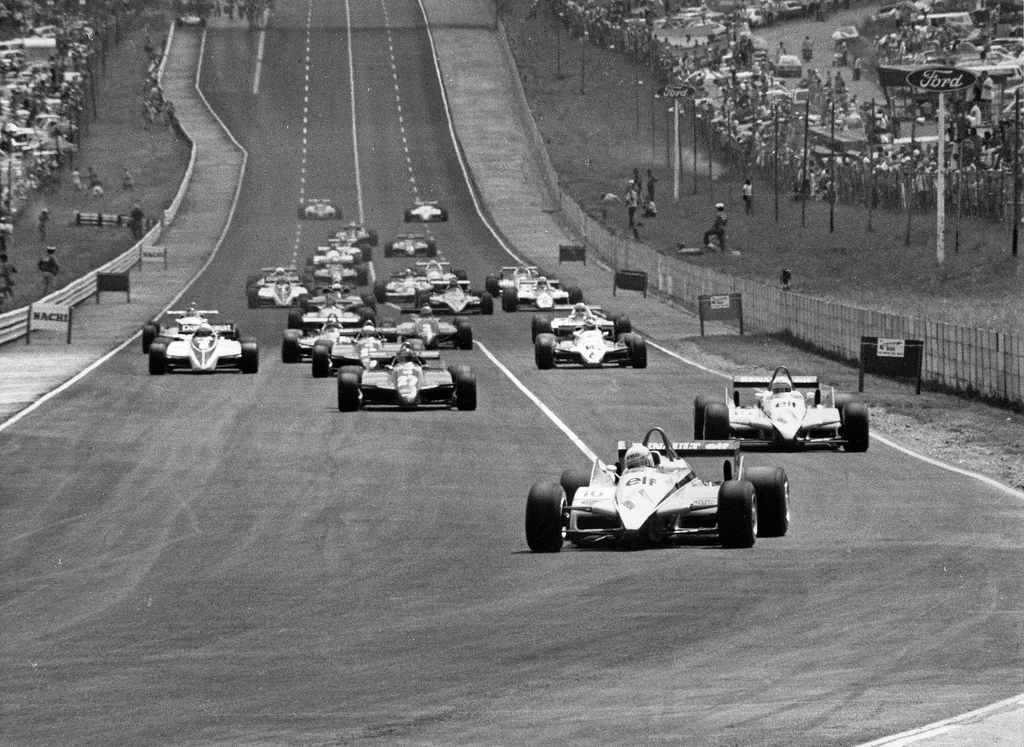 With the current focus on the political situation in Bahrain it is all too easy to forget that Fun Still Exists. This is not the place to discuss whether the Bahrain Grand Prix should have gone ahead or not. What’s interesting though is that thirty years ago – in 1982 – F1 was embroiled in its own political shambles.

Anyone who remembers that year will undoubtedly cast a downward glance in memory of the great Gilles Villeneuve, killed at Zolder in May and of young Riccardo Paletti whose Osella struck a stalled Ferrari at the Canadian Grand Prix, the resulting fire ending the Italian’s life far too early. That Ferrari was driven by Didier Pironi, the Frenchman who irreparably damaged his legs in a practice crash at the German Grand Prix.

But 1982 was not all doom and gloom. Tragedy mixed with stunning racing in a season the delivered no fewer than 11 winners, with Keke Rosberg (father of Nico, winner last week in China) taking the crown by sheer consistency.

The year will also be remembered for one of the truly great farcical events not just in F1, but in sport as a whole.

Who remembers the infamous Kyalami drivers strike? The opening race of the year (in South Africa, a country then still embroiled in a policy of racial segregation) promised much excitement with the Renault team looking likely to start as favourites, but simmering quietly underneath the surface was an argument about the drivers licences.

FISA – the forerunner of the FIA – had introduced a new licence system and the more astute drivers, led by the returning and ever politically aware Niki Lauda, didn’t like what they saw. Put simply, the licence included a clause that, it was said, would tie each driver commercially to his team, and which imposed several restrictions that drivers believed were too stringent.

“FISA chairman Jean-Marie Balestre was no stranger to controversy”

Now, to get a feel for the era a little background is needed with regard to the then President of FISA. Jean-Marie Balestre, a Frenchman of some stature, was no Max Mosley (who was, back then, on the ‘other side’- FOCA – working with Bernie Ecclestone) and nor was he a Jean Todt. He was a typically Gallic operator, loud and prone to temper outbursts, and very much full of his own importance. He was a subject ripe for ridicule, and frequently found himself on the end of it. He was no stranger to controversy either, having been ‘outed’ as – allegedly – a Nazi collaborator during World War II, an allegation that was hotly disputed, and which was almost devoid of any evidence. 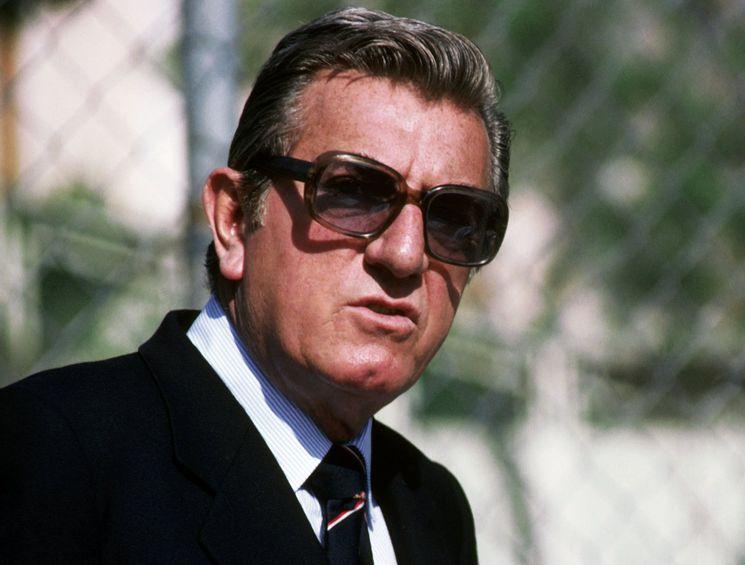 FISA boss Jean-Marie Balestre was no stranger to controversy.

Back to Kyalami, and Lauda had got his fellow drivers together for a protest. This protest group, led by him and Pironi, began to educate the less political drivers about the situation. The result was FISA refusing to the change the offending clauses and the drivers going on strike. The comedy began when the drivers requisitioned a bus and collectively headed for a nearby hotel, where they occupied a large room, secured some mattresses, and barricaded themselves in.

There were a couple of notable exceptions: Patrick Tambay, due to race for Arrows as a late replacement for the injured Marc Surer, got on a plane and went home, disinterested – all of a sudden – in the sport. He would return later in the season as a replacement for his late, great friend Villeneuve. Teo Fabi, making his F1 debut for Toleman, simply wanted to race, and defied the ban.

Indeed, when the track opened – briefly – for practice Fabi was the sole runner on track. Two laps into his run and – in a display that F1 does have a sense of humour – a whole line of identical pit boards with his lap time were hung out over the pit wall, one from each team.

Back at the hotel and the drivers settled in for a night of defiance. Entertainment came from classical pianist Elio de Angelis, cartoons by Nelson Piquet, a jaunty ragtime sing-along led by Villeneuve on the piano, and a bizarre yet expertly handled lecture, complete with illustrations, on guerrilla terrorism given to great applause by Bruno Giacomelli.

That same evening an official dinner took place at another hotel, with Balestre as the host. He could not possibly have expected to have bread rolls rain down on him en-masse, aimed with perfection by a group of the drivers’ wives.

That night, when the drivers were relaxing to get some sleep, someone commented that if Alain Prost and Gilles Villeneuve – who were sharing a mattress – produced offspring it would certainly be the fastest racing driver the world has ever seen.

The next morning a compromise was issued: the drivers could race and the super licence problem would be addressed post race. All agreed, and off they went as a defiant group, somewhat disgracefully refusing to even acknowledge poor Fabi’s presence. At first Ecclestone – then owner of the Brabham team – was so incensed that he refused to let world champion Piquet in his car. All three Brabhams wore the number two, and the name of Riccardo Patrese.

Qualifying went on, the race was run, then the FIA dropped a bombshell: the drivers who had not signed would be suspended and fined, those who had taken place in the strike would also be fined. They had, in truth, been conned – there was no compromise at all.

Among all of this confusion Balestre had issued a comical statement claiming the offending clauses were not intended to refrain the drivers from, and I quote, ‘breaking wind in public’ but merely to preserve the professional image of F1 and protect its reputation. Ecclestone, meanwhile, had led a press tirade against the drivers, labelling them overpaid prima-donnas, and suggesting they should all be sacked and replaced with a bunch of lesser names who would, he assured the world, provide just as good a show.

A number of race promoters pointed out that while spectators wanted to see Ferraris etc, they had also paid to see Piquet, Villeneuve, Pironi, Lauda et al – the genuine stars of the show. It was an early display of Bernie saying what Bernie wants to say, and getting column inches as a result.

The next few weeks saw drivers refusing to pay their fines, and to the disgrace of some, their teams paying them behind their backs. You would think that, so disgraced, they would refuse to race. Of course they didn’t – they raced on. Then came the disqualifications and ramifications of the famous ‘water tanks’ controversy (a story to eb told another time, for it too has some amusing asides) and the FOCA-boycotted San Marino Grand Prix. This was a great race, in fact, between Renault, Ferrari, Alfa Romeo, ATS, Osella, Toleman and sole FOCA team Tyrrell, who had commitments to Italian sponsors which, if not upheld, would likely have crippled his team. That race was controversially ‘won’ by Pironi, and caused the rage that many believe led to Villeneuve’s mood and subsequent death two weeks later in Belgium.

The events of Belgium overshadowed the licence furore; FOCA grew stronger as the year went on and the problems were resolved. Life went on in F1. It always does.