Posted on July 25, 2012 by Filip Cleeren in Features No Comments 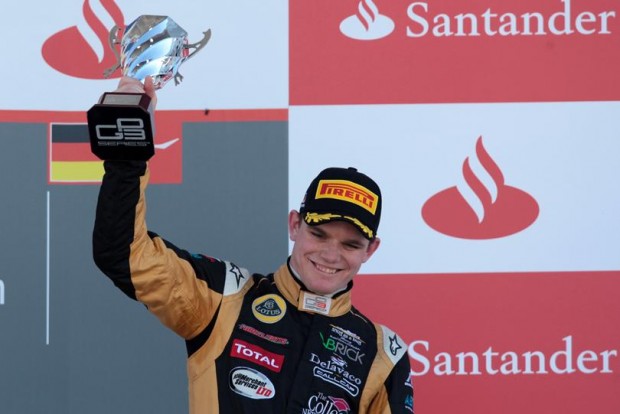 For the first time since the 2007 grand prix at the Indianapolis Motor Speedway, Formula 1 returns to the States with the inaugural race in Austin, TX in November. Since 2007 no American has made it onto the F1 grid, but Indiana resident Conor Daly is aiming to change that.

“Man, I’m so looking forward to going back home for three weeks”, Daly gasps as rain is pouring down in rural Germany.

While his state of Indiana is going through a devastating drought, the son of former Formula 1 and IndyCar driver Derek Daly is learning the ropes in the European based GP3 championship at a soaking wet and chilly Hockenheimring.

His father emigrated from Ireland to Noblesville after his career in F1. Conor is now going the opposite direction.

Instead of taking the obvious route into IndyCar like some of his best friends, the 20-year-old is pursuing his dream to become America’s next Formula 1 driver.

“I’m good friends with guys like (fellow Noblesville resident) Bryan Clauson, James Hinchcliffe and Graham Rahal. Josef Newgarden and me are like brothers. It’s cool to see him succeed in IndyCar and actually make a living”, says Daly, who instead needs a budget to make his way up the European open wheel ladder.

“Dad made me pay my flight home from Hungary myself. That goes out of my Christmas savings!”

His father Derek played every part in getting his son set his sights on a Formula 1 career. “I grew up with F1 because of him. It has always been what I want to do.”

Formula 1 is notoriously hard to break into, especially for Americans. “That’s why it would be such an achievement. I’ve only got one chance to get in.”

“I was watching in Barcelona when Spaniard Fernando Alonso took the lead of his home race. The entire crowd went crazy. That’s what we need in America”, Daly says.

Formula 1 has taken an important step by returning to the States in November for the inaugural grand prix in Austin, Texas.

“It’s good to have a race again, but we need an American driver doing well for F1 to build momentum. I know there are a lot of fans of the sport back home who want to see an American succeed. That’s what drives me to make it.” 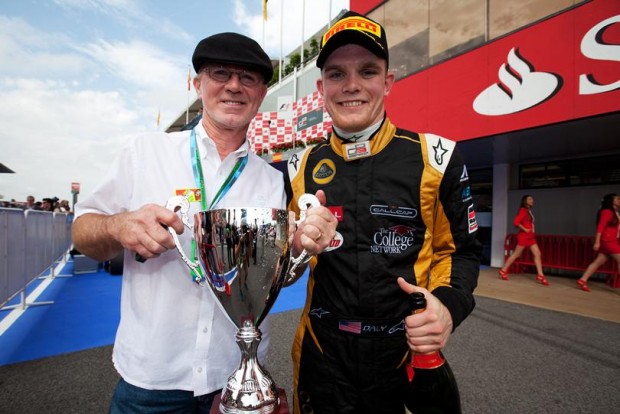 As both a father and a manager, Derek Daly plays a pivotal role is his sons career. (Credit: GP3 Series)

His dad is a key factor behind the scenes, but having a former grand prix driver as a father adds to the pressure as well.

“It goes both ways,” Conor remarks. “He’s still got plenty of connections in the sport, but on the other hand I feel I need to prove myself even more. In the end I manage to just focus on driving the car, so it’s alright.”

“Overall he’s a huge benefit. As my manager he gives me great advice because he knows my strengths and weaknesses and he knows what I need to develop.”

As young Conor grew up around race cars in Indiana, he has a close connection to the Indy 500, which his father competed in six times between 1983 and 1989.

“This year’s Indy is the first one I missed, because it clashes with the Monaco grand prix. For me Monaco was just another race. The Indy 500 is the real deal.”

“It would be a dream to compete in the 500, but the goal is to first have a successful Formula 1 career and then go and do Indy.

In 2011 Daly did take part in five races in Indy Lights, IndyCar’s feeder series, and won in Long Beach. But he realised he had to move to Europe to keep his F1 dream alive as a certain famous team boss made clear.

“Sir Frank Williams told me: ‘It’s great that you’re winning over there, but that means nothing. You have to come to Europe and do it here.’” 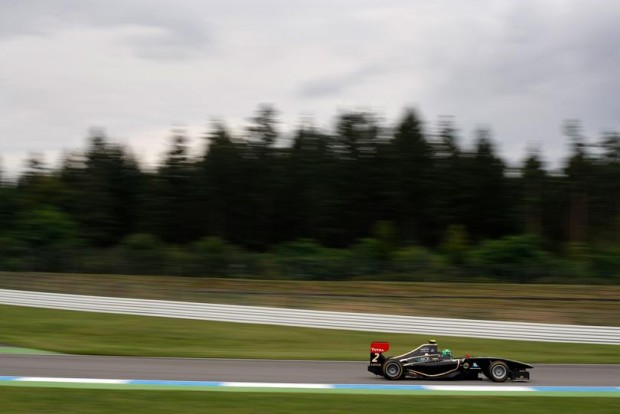 Conor promptly crossed the pond to race in GP3, the third tier on the open wheel ladder below Formula 1 and GP2. No less than half of F1’s current drivers are recent GP2 graduates.

After a difficult first season, Daly moved to the top-level Lotus GP team and won his first race in Spain’s season opener. He already took the wheel of a Formula 1 car twice, conducting two straight-line tests for Force India.

“Those people were very kind to me; it’s great to be on their radar”, Daly smiles. “The next step is a proper test on a proper track.”

After a couple of tough weekends, including a famous airbourne crash in Monaco, Daly got his title challenge back on track with a double podium in rainy Hockenheim following a second and fifth place in Silverstone. Being the highest scorer in the last four races, the American moves up into fourth and just one point off third in the standings.

The circus moves town to Budapest next weekend before Daly finally gets to go back home in Indiana.