Posted on August 9, 2012 by Filip Cleeren in Features 4 Comments 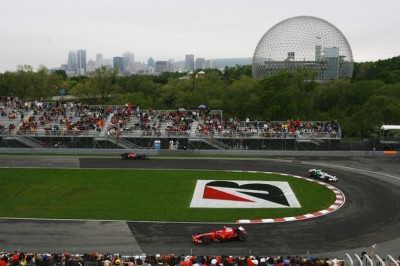 “Motor racing is dangerous”, it says on the back of the ticket. And yet some people put themselves in the danger zone voluntarily. Because it’s part of the job, but mostly because it’s in their blood. It’s easy to forget, but there would be no motor racing without the hundreds of marshals at every event. To say they are a special breed would be an understatement, as we found out at the Canadian Grand Prix.

On Sunday after the race, there’s a great vibe at the marshal’s tent with everyone exchanging stories from the weekend over a beer or two. Or possibly three.

“It’s one big family, that’s why everyone is still up here,” says Kevin, chief marshal of his local track Atlantic Motorsports Park in Shubenacadie, Nova Scotia, a hidden gem of a circuit which is owned and run by volunteers.

“It’s almost more about the camaraderie than about the racing. We don’t see eachother for twelve months.”

Hundreds of marshals are working at a single Grand Prix weekend. It’s a big ask to make sure there are enough qualified marshals at each event. 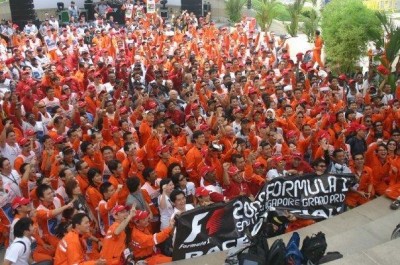 Marshals at the Singapore Grand Prix: one big family.

“There’s Americans, Mexicans, Belgians, French, Germans, Australians. Even Koreans this year. If they meet the requirements they can get in”, says Kevin. “This isn’t club racing. We’re working in front of millions of people. If you’re not invited you shouldn’t be here.”

“There’s about 170 people here and it’s probably the thinnest year I’ve ever seen. A lot less than last year, but it’s a workable, FIA number.”

The Canadian Grand Prix costs about 2,000 dollars for a week. And all you get is free beer and a t-shirt.”

“It takes a minimum of 50 days of experience working at a local track,” Kevin explains the procedure. “Then you just apply. If you’re invited, they pair you with someone who’s got experience so he can teach you things they’ve picked up over the years.”

“There’s no training on site. There is a briefing, but that’s just general stuff like trackside communications. If you don’t know what you’re doing, you shouldn’t be here.”

Kevin is one of those veterans with years of experience. “It’s my seventeenth year. I got into it at home when I was 37. Some guy pulled me into the local racetrack, Atlantic Motorsport Park. I didn’t do anything in motor racing before that.”

“I came to the Grand Prix in 1994 to watch and I’ve been flagging ever since. It’s a virus, once you’ve done it you’ll never be satisfied with just watching it in the stands as opposed to standing on the other side of the fence. It did that once at the CART race in Vancouver in 1998. And it was horrible.”

Marshals are all volunteers, so only those who have the passion keep doing it. “During the year I usually flag back home. If I had the money and vacation days, I’d be everywhere. It’s an expensive hobby. The Canadian Grand Prix costs about 2,000 dollars for a week. And all you get is free beer and a t-shirt.” 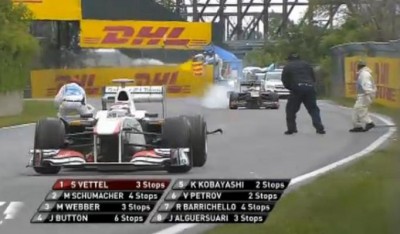 A marshal's job is not without danger. "We have the ten second rule. There's nothing you can do in ten seconds, so first take the time to think", says marshal Kevin.

In last year’s race, a marshal grabbed the headlines by tripping over in front of oncoming traffic while trying to pick up pieces of debris. Not quite the way marshals want to be in the spotlights.

“When I watched the scene on TV I thought: it could have been me! It could happen to anyone. There was a lot of talk about it on the web, but I don’t care anymore. His marshal tabard was under his raincoat, so they made clear in the rules you have put the tabard on top of your rain gear.”

After 17 years of marshaling, Kevin has plenty of standout experiences, but the moment that will always stay with him is Robert Kubica’s horrendous accident in 2007, in which the Pole smashed into the barriers in the run up to the hairpin, made several barrel rolls and ground to a halt into a completely destroyed car. Kubica remarkably walked away with just a concussion and a sprained ankle.

“I was working in turn once when Kubica crashed,” Kevin remembers. “I looked over at the video wall and watched the reply and I thought he was gone. You could hear a pin drop in the stands.“

The role of a marshal is crucial in that kind of situation. It’s easy to panic and make a mistake. “When something like that happens, you pause for a moment and you think. Time slows down, everything’s in happening in slowmotion. We have the ten-second rule. You can’t do anything in ten seconds. So first you take the time to think about what you’re going to do.”

“The day after the race it turned out Robert had a picture of the Pope in his pocket. I guess that must have saved him.”