Posted on October 31, 2012 by Filip Cleeren in Features No Comments 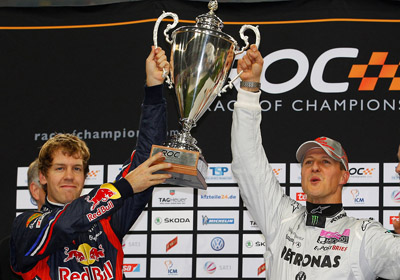 The plot thickens for the 2012 Race of Champions, which is held from 14 to 16 December in Bangkok, Thailand. After usual suspects Michael Schumacher and Sebastian Vettel signed up to defend their title for Team Germany, an impressive array of fellow stars followed suit.

The event combines hard head-to-head racing in identical exotic machinery with a great ambiance and camaraderie between the drivers. This year ROC is celebrating its 25th anniversary since it was first held in 1988 as a competition between rally drivers and a tribute to the late Henri Toivonen.